Cover Reveal - Melting Into You - Tracey Alvarez, Book 2 in the Due South Series 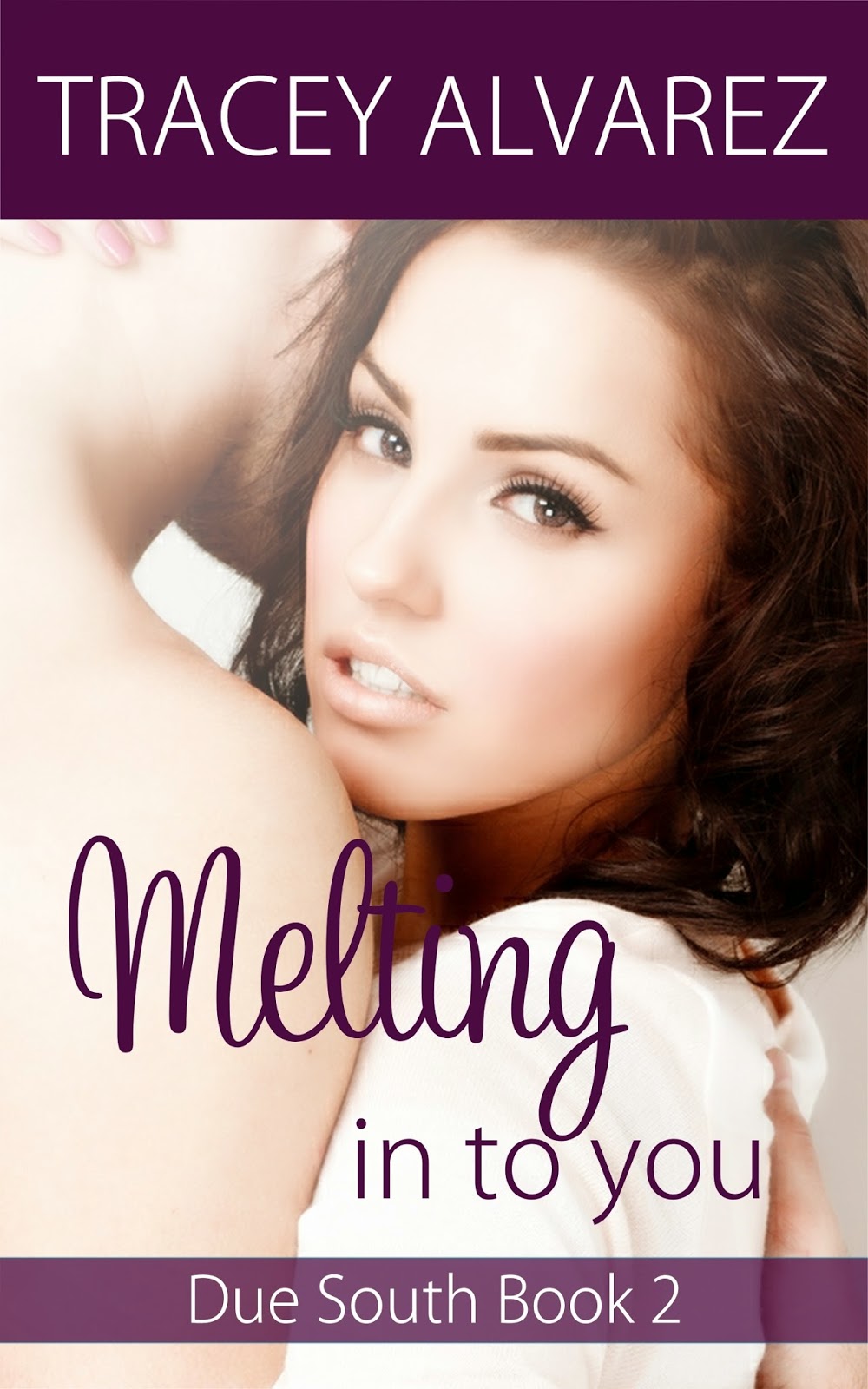 I'm so excited to be able to help share the fabulous new cover for the second book in the Due South Series, Melting Into You.

Kezia Murphy plays her widow card well. When you don’t trust people not to let you down, it’s easier to not get involved—and getting involved with a man who makes her skin sizzle just by looking at him would be una pazzia—crazy! Four years ago while Kezia’s daughter, Zoe, battled leukaemia, a tragic accident stole her husband’s life. Starting over in the little town of Oban where she’s adopted into the close knit community on Stewart Island, Kezia and her daughter are all the family the other needs. Except Zoe yearns for more.

Ben doesn’t do gooey emotional stuff. He doesn’t do cosy home and family. And he sure isn’t the big teddy-bear Kezia Murphy, the woman he secretly fantasises about, thinks he is. So when Jade, his surprise eight-year-old daughter arrives on his doorstep, he’s a D-minus student struggling to pass a crash-course in parenting.

They’ll either melt or raze their lives to the ground…

When the sparks of attraction between Kezia and Ben fan into an inferno, Ben doesn’t know how much longer the layers of resistance around his heart can resist melting into the gooey mess he fears. The more he fights it the harder it is to make the choice that will destroy the family he now longs to claim.

He moved like a much smaller, lighter man. A runner or a gymnast—all coiled power that could switch from casual swagger to lightning-fast action in a heartbeat.

She licked dry lips as he stalked closer, a witty response swallowed by the slow burn kindling low in her body. Both English and Italian deserted her, and she simply drank him in. Too good-looking, too confident—too much of everything that eroded her determination to resist him.

Bracing her spine as he stood alongside her, she waited for the punch line or another double entendre.

But he said nothing.

Just gazed down with a small half smile. Which was another word for a smirk—a baby, you know you’re impressed smirk.

She fanned herself with the edge of the board. Did she need a reminder of why she hated Alpha males? After growing up in a home full of five bull-headed Alpha brothers, no, she did not.

Ben’s arm brushed hers as he moved to let Noah past. Beneath her summery dress, her nipples puckered against her lacy bra cup.

Kezia hugged the clipboard to her chest and closed her eyes. Please St. Paula, let the clipboard base be wide enough to cover my boobs.

A soft, rumbling sound next to her—Ben chuckling.

Sweet Mother! Had she spoken aloud? A quick glance confirmed her worst fears unfounded. Ben stared blandly into the crowd, as if he had no idea how much his closeness affected her.

Honestly, she should ask the Patron Saint of Widows for more than boob coverage. She needed strength—brute strength—to resist either the urge to murder the man, or the almost-as-terrifying urge to jump his bones until he begged for mercy. 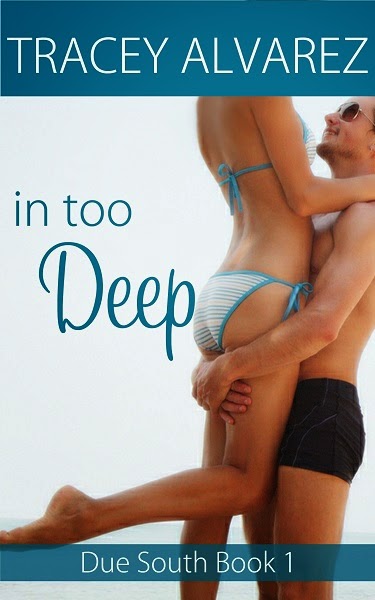 
IN TOO DEEP IS AVAILABLE AT THE FOLLOWING STORES:

Tracey Alvarez lives in the Coolest Little Capital in the World (a.k.a Wellington, New Zealand) where she’s yet to be buried under her to-be-read book pile by Wellington’s infamous wind—her Kindle’s a lifesaver! Married to a wonderfully supportive IT guy, she has two teens who would love to be surgically linked to their electronic devices.

Fuelled by copious amounts of coffee, she’s the author of contemporary romantic fiction set predominantly in New Zealand. Small-towns, close communities, and families are a big part of the heart-warming stories she writes. Oh, and hot, down-to-earth heroes—Kiwi men, in other words.

a Rafflecopter giveaway
Posted by Unknown at 08:30